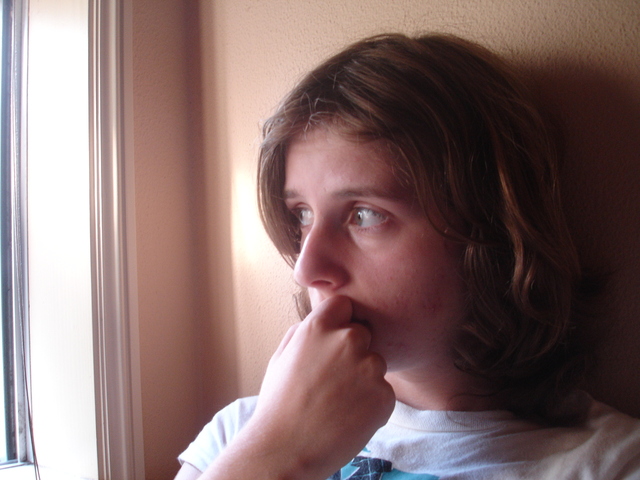 Everyone is sometimes afraid or really afraid. When danger threatens, for example in road traffic, fear has an important protective function: it puts the body on alert so that it can react quickly. But worries and fears about the future, work or the family can also protect: For example, from acting carelessly and getting into a difficult situation.

But when such fears get out of hand, they can become a burden. Some people come to a point in their lives where they are constantly worried about everything. When anxiety overshadows everything and never disappears, a generalized anxiety disorder (GAS) may have developed. If you have this anxiety disorder, you usually know that your anxiety exceeds a normal level, but you cannot control it. It is difficult to get out of this state. However, various treatments can help.

A generalized anxiety disorder can manifest itself both psychologically and physically. Psychological complaints include persistent, unrealistic and exaggerated fears. Fears affect different areas of life. They are not a reaction to a threat and are not limited to specific things or situations. Because fear can relate to anything, experts speak of “generalized” fear.

For example, people with a generalised anxiety disorder may be afraid in a moment that their partner might have an accident on the way to work. The next moment they fear that their child will be run over on the way to school; then that they might lose their key; and finally that they will have a heart attack the next day. They worry about practically everything – big and small and even completely insignificant things. Many also fear the fear itself or worry that they are constantly worried. The constant fears clearly limit daily life or make it impossible.

In response to anxiety, the adrenal gland releases the hormone adrenaline. It accelerates many bodily functions – usually to increase alertness and responsiveness in the short term: The heart beats faster, the breaths become short and flat. In people with a generalised anxiety disorder, this physical state of alarm can persist.

Other possible symptoms include drowsiness, nervousness, dizziness, tremor, sweating, muscle tension, palpitations and stomach upset. Being constantly frightened is exhausting and can lead to concentration and sleep disorders. Especially if someone is depressed at the same time, it can happen that he or she thinks of suicide.

The causes of a generalized anxiety disorder are not yet fully understood. Probably both biological and psychological factors play a role. Some people with an anxiety disorder have experienced severe trauma in childhood or later in life, have suffered losses, or have had many stressful experiences, such as severe family stress or prolonged extreme workload.

Sometimes a life crisis can cause anxiety that develops into a generalized anxiety disorder. There is also evidence that the increased tendency to anxiety can be widespread in a family. Sometimes an anxiety disorder is the result of another condition – such as depression or panic disorder, or it is related to addiction. However, it can also occur for no apparent reason.

Usually, a generalized anxiety disorder develops slowly and is often not noticed at first. A severe anxiety disorder can be very persistent. It often takes many months or years until it is overcome. Often, those affected experience better and worse phases during this time.

In one study, about one in four patients had overcome the anxiety disorder after two years. In the long run, however, many people manage to overcome their fears. It often decreases with age because older people are more experienced in dealing with stress and anxiety. Many then look at things more soberly.

There are different types of anxiety disorders with different symptoms. These include phobias, panic disorders and obsessive-compulsive disorder. In addition, many people with an anxiety disorder also have symptoms of depression. It can be difficult to make an exact diagnosis and is only possible in a detailed discussion with psychologists or psychiatrists.

However, the physical symptoms described can also be caused by diseases such as hyperthyroidism. In addition, certain medicines and drugs such as amphetamines (“speed”) can trigger such symptoms. Doctors therefore also ask for other possible explanations for the symptoms.

It can take some time for a generalised anxiety disorder to be clearly diagnosed – especially if people first seek medical advice because of physical complaints. Sometimes only one symptom of the disorder is treated, such as sleep disorders.